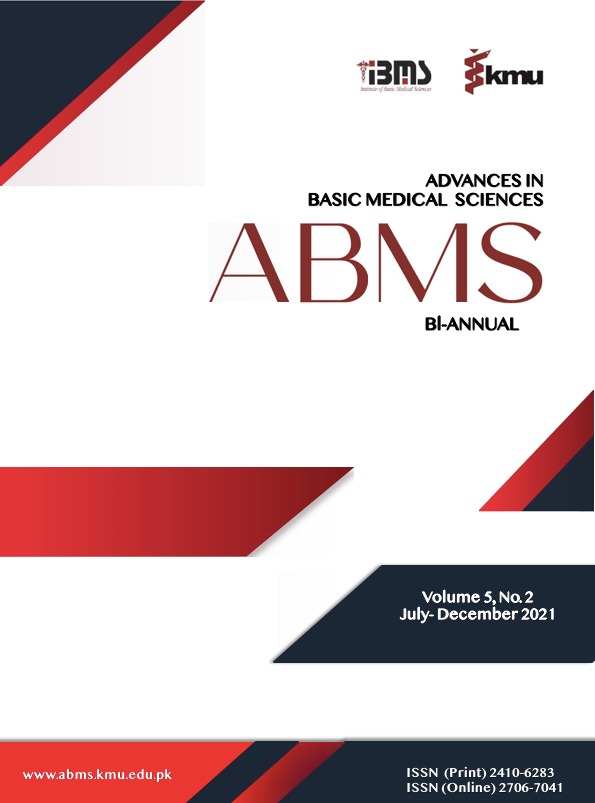 This comparative study was performed from November 2015 to May 2016 in Peshawar. A total of 56 participants suffering from T2DM and periodontal disease were included in the study. All participants were examined for periodontitis by using four parameters Wiesbaden –Germany ‘’ kit. SPSS version 20 was used for data analysis.

We concluded that significant correlation exists between Glycated Hemoglobin (HbA1c) level and clinical parameters of Periodontal Disease in Type 2 Diabetics.

This work is licensed under a Creative Commons Attribution 4.0 International License.